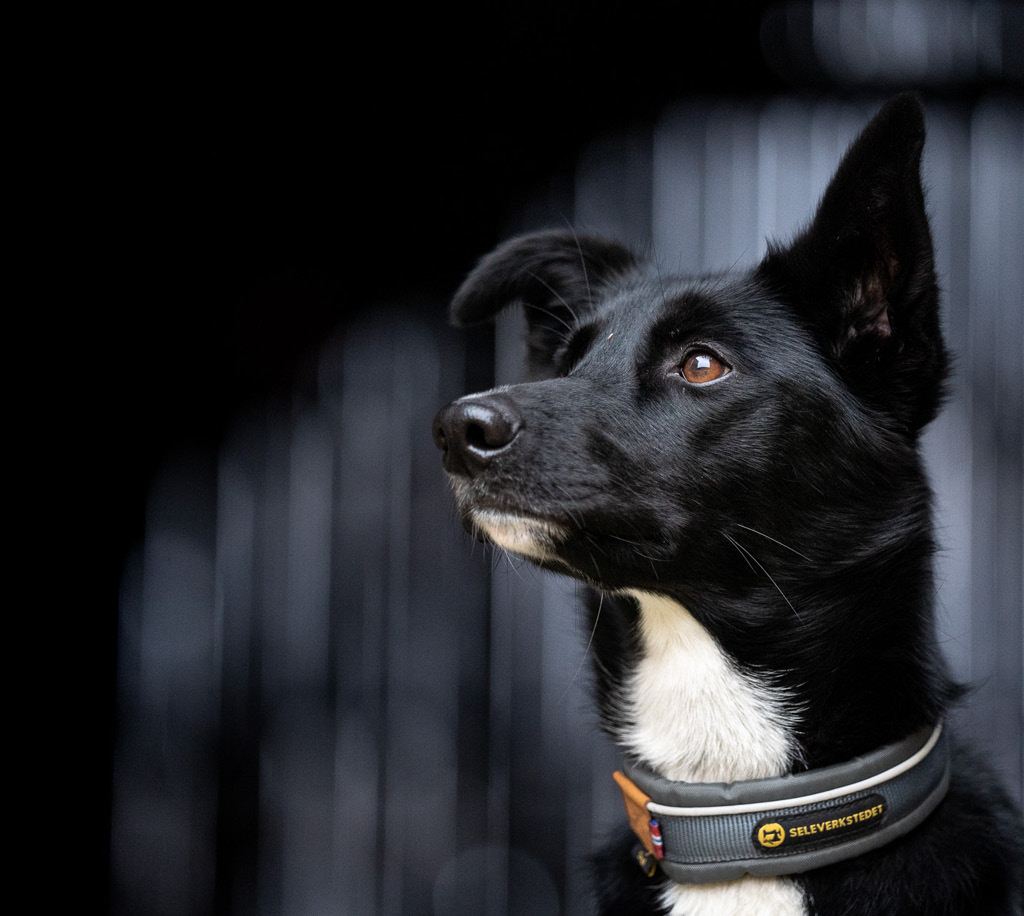 Tradition, innovation and quality since 1981.

If you have a new puppy in the house or a young dog, we hope to find something useful here. All dogs go through the developmental periods at the beginning of their lives, but it is important to be aware that there are big differences between breeds.

There are variations between the length of the periods, when they begin and how they are experienced. In addition, there may be individual differences between the sexes within a race. So based on this, the phases can not be seen as a kind of conclusion for all dogs, but only as a model.

The puppy comes into the world more helpless than many of ours livestock species. It can not see or hear, can not walk. And also do not make off without the help of mother. The bitch stimulates intestinal function by licking them on the stomach. Nevertheless it should within 8 weeks more than ten-fold body weight and be ready to meet challenges in the wider world. A newborn puppy has little spontaneous movements and must be stimulated to take his first breaths.

The whole puppy’s life for the first time is controlled by widow reflexes. Some of these reflexes gradually disappear as the puppy becomes more conscious relation to life, while others are strengthened as the puppy grows.

At birth, the puppy has a reflex that allows it to orient itself against the bitch as a heat source. When the puppy is licked on the head or back, it will move against the licker. The head then moves rapidly from side to side. So that it finds its way to the mother and the teats.

At birth, the puppy has little ability to regulate body temperature and is completely dependent on the heat from the bitch and littermates. This ability gradually expands.

The puppy opens his eyes at + – 10 days. Visual acuity develops gradually and one assume that vision is not fully developed until the puppy is several months old.

Around two weeks old, the puppy starts to walk.

The ear canal of a newborn puppy is completely clogged, no sound reaches the eardrums. It is a dense tissue that holds the folds of the ear canal together. Gradually, this tissue begins to disappear and the ear canal opens at 10-14 days. At 19 days, it begins to be startled by sound.

The embossing phase is the start of the socialization period which lasts until it is 16 + 20 weeks depending on race. What the puppy experiences during this period, for better or worse, will be important for the rest of his life.

Only around 25 days has the nervous system developed so much that the puppies can orient themselves towards visual and sound stimuli.

The puppy should be handled calmly and carefully as early as possible human beings. This is how it gets used to it being safe and good and easier to relate to different people later in life.

The puppies are born curious, but from 3 to 5 weeks of age we gradually becomes more skeptical of promoting, therefore it is important that it meets people who coming to visit. And the more different both in gender and age will make it easier for the puppy to be confident in the future at all the encounters. Because the puppy does not perceives details, but form and movements it is important that it becomes familiar with children early as it perceives them differently than adults.

The puppy is naturally curious and must learn what is safe and what is dangerous. It has two conflicting emotions, the desire to explore while having the fear of it unknown.

During this period, curiosity is greater than fear and that is why it is important that it gets to explore new things in a safe environment. At the breeder will it get used to daily noises in the house such as TV, vacuum cleaner, kitchen appliances, dishwasher etc. It can be used on various surfaces such as carpets, planks, gravel, grass and even snow if the season allows.

Through play with littermates and other dogs in the herd, it learns to Adjust how hard it can bite, even if it takes some time before it gets full control over this.

About 8-12 weeks the puppy is ready to meet his new home and the restructuring this entails. About half the socialization period remains, so use the wise and be patient. The puppy is curious and receptive to more impressions, and targeted learning is possible to begin with. Since simple behaviors, skills and rules. Among other things, this could be becoming the living room.

Since it is only now at 8 weeks the puppy has come to his new family it is important to use the rest of the socialization period well to prepare the one on life it wants as an adult. Not least to have a spotlight on a good one relationship. It quickly connects with the new owner and must adapt to life new family.

It is also important to continue the work that started with the breeder to experience new things. It’s going to drive, be in the cityscape to see cars, caravans, mopeds, etc. But equally important for a city dog to get out to look at village life and farm animals.

Socialization is interpreted by many as that the dog should greet as many dogs as possible during this period. That is wrong and important that the few dogs it should have contact with are safe dogs with good language. Socialization means that the puppy must experience many different situations and it can nice to see other dogs but do not have to greet everyone.

Puppies need a lot of sleep and should not is disturbed when sleeping. Both children and adults must respect that it has needs for peace and need their own sanctuary. Training and play take place in very short sessions during this period. A puppy that is often disturbed will develop more easily stress and have a harder time calming down later in life.

When the puppy is around 12 – 20 weeks, the process begins sexual maturation to happen. The puppy is starting to get more physically mature and thus will also the production of sex hormones get started. This will affect both physically and mental expression of the puppy, and the difference between males and females will become clearer. At this stage, the puppy is halfway sexually mature. Here it is important to keep in mind that the change in hormones will create new emotions in the puppy at the same time as existing emotions are amplified. It is therefore important to be pay attention and pay attention to the puppy. It can show positive emotions as increased willingness to cooperate and self-confidence, play, curiosity and social qualities, but the puppy can also show increased aggression, insecurity and less self-confidence towards both humans and animals.

During this period, many experience that the puppy sees “ghosts” and appears by that the puppy shows fear and aggression towards objects it has not reacted to before on. When these situations occur, it is important to let the dog respond as much as possible for example, be approaching and smelling the object to find that it is not is dangerous. If the puppy is not allowed to react, behavioral problems can occur later in life. If the dog gets scared, calmly pull back and give it time to explore at your own pace. If you push the dog forward, it can be afraid of this for a long time longer time.

At the end of this period, about 20 weeks, the socialization window closes and it is important that the puppy is left with many positive experiences about the environment it must function in as an adult.

Sexual maturation occurs when the puppy is around 8 – 11 months and when the dog is sexually mature then it is able to reproduce itself. This period is characterized as the puppy’s adolescence and can be difficult for the puppy.

The puppy develops enormously during this period, both physically and mentally. This affects, among other things, the dog’s general behavior and ability to learn. IN During this period, it is difficult to experience that the puppy forgets things in the past has learned that rules are broken and commands are not followed.

Therefore, this period can also be difficult and challenging for the owner, But it is important to stay focused on maintaining a good relationship and not creating one conflict that can reduce the willingness to cooperate later in life. During this period becomes the dog physically mature.

The last period takes place when the dog is around 17 – 22 months. It is now the dog goes from young to adult individual. The dog’s personality, characteristics, expressions and preferences become more stable. Some dogs can also be rebellious and challenging during this period. Old experiences can also be expressed again as well as increased fear and aggression. Other dogs can go through this period without behavioral challenges. 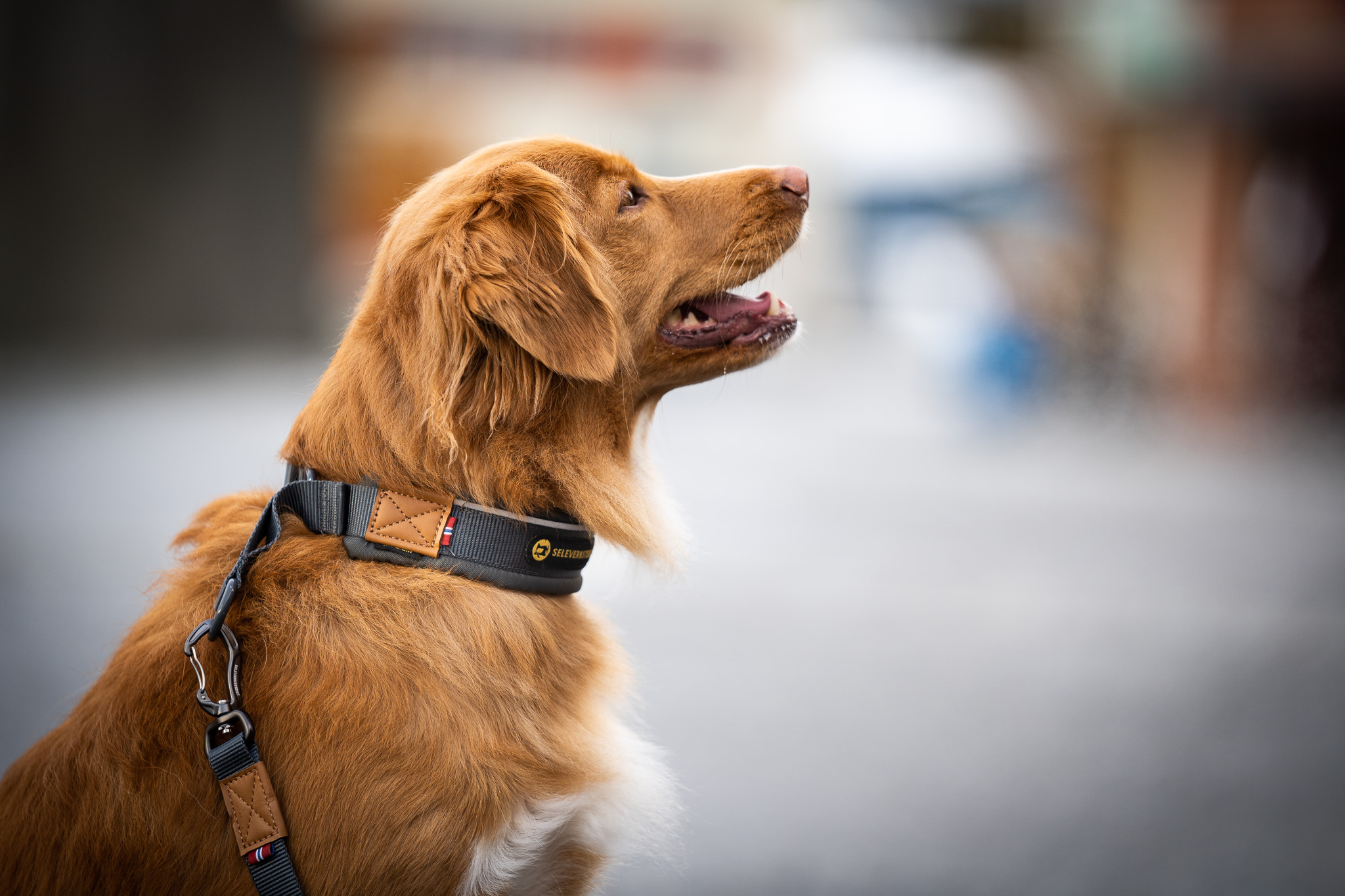 Why use paw socks? The use of paw socks is first and foremost about protecting the dog’s paws. It can be against cold or heat, against road salt, sore paws and wear. But also as protection against damage that has already occurred, such as a torn claw or cuts and wounds. In addition, it is … Continued

A well-designed backback for your dog Seleverkstedets TOGO backpack the light of day in 1982, and has since been optimized to sharpen the characteristics and the carrying comfort of the dog. The volume (the bags and the raised lid) is made as large as it is appropriate for the dog to carry without restricting the … Continued